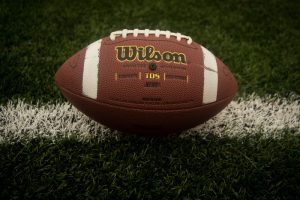 Turns out never is not as long as some people think. The professional football team in Washington, DC has a new temporary name and will soon have another, after finally bowing to pressure to remove its mascot, which has been deemed a racist epithet for many years. Its majority owner, Daniel Snyder had famously declared in 2013 that he would “never” change the name as long as he owned the team, citing tradition and less-than-unanimous condemnation of the team name by some Native Americans, among other reasons.

For the upcoming season, if there really is to be one, the team will be known by the perfectly generic term, the “Washington Football Team.” The organization says it is working hard to develop a new name to introduce at some point in the future. There will certainly be a high cost to change out every last sign, mural, and lapel pin that contains the jettisoned brand. But for the Washington Football Team, the baseball team in Cleveland, and the countless high school and college mascots that are falling under increased scrutiny, this could actually be a win/win situation.

And that’s because of the unique branding dynamic of sports teams.

I can fearlessly predict that every season, in every sport, there will be exactly the same number of total wins and losses, which by implication, means that every team on average is just that—average. Here and there are teams that succeed more than others and those that fail more. But on average, teams are average. It’s a mathematical fact. Yet fans of those teams will often form a bond that starts in adolescence and never wavers, no matter how poorly the team performs over an extended time.

Often there is a geo-centric element to this undying brand loyalty that incorporates a local pride. But many fans of sports teams have never even been to the city where the team is based and may live hundreds of miles, or multiple time zones away. They still buy team merchandise and root for their (mostly average) teams year in and year out, sometimes even taking a perverse pleasure in the annual failure of their team to win a championship.

And what that means for the Washington Football Team and the baseball team in Cleveland and others is that, outside the initial cost to switch over graphics and polo shirts to a new identity, their fans will mostly remain loyal. They will still buy season tickets and more importantly will watch games on TV. They will buy the new merchandise, some reluctantly at first, but soon enough to show they still belong to the loyal group that is the team brand.

Yes, there will be a recalcitrant few that will insist on using the old name and wearing a vintage jersey to parties. Others may swear that they will abandon the team for a new allegiance. But they will be few to start with and fewer every year hence. Like any brand name, it will take time to settle in and become second nature. But the bottom line is this: Change is good, and in the weird world of sports brands, change is a win for nearly everybody, even Mr. Snyder.

As published in the Central Penn Business Journal