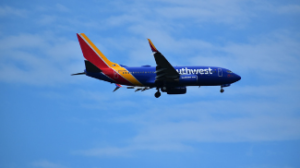 “For those of you who haven’t been in an automobile since 1964, this is a seatbelt.” Such was my introduction to the off-beat quirkiness of the Southwest Airlines brand during the safety briefing on my first flight with the airline. The flight attendant was half safety instructor and half stand-up comedian, but she had our attention. “In the highly unlikely event of a water landing between here and Chicago, your seat cushion can be used as a flotation device,” she continued, “after which you may keep it as a souvenir from Southwest Airlines.”

All brands have many touchpoints, each of which is an opportunity to make an impression and define the brand experience. But only Southwest saw the opportunity to make a safety briefing that flyers routinely ignore into entertainment worth watching. While it’s a small moment in the process of flying from one place to another, it represents the way in which Southwest has been wildly successful as a no-frills, low-cost carrier, succeeding for more than 50 years while dozens of other low-cost airlines failed in the long run. In fact, they are considered the most profitable airline of the last 20 years by many measurements.

Consider this: Southwest doesn’t have seat reservations, doesn’t charge for the first two bags, doesn’t charge a fee to change flights and has no first class or business class. All of these features are distinctly different from other carriers, yet Southwest has the lowest complaint levels of any major airline. On the surface their actions may seem a little crazy, but they’re actually a lot of strategy behind them.

Southwest’s boarding system is based on when the passenger checks in. There are no seat reservations and people line up and choose any seat that’s available when they board. While occasionally inconvenient, especially as middle seats become the only option, industry studies have shown that this method of loading is actually about 10 minutes faster than traditional zone boarding with reserved seats. Ten minutes may not sound like much until you multiply it by 20 flights a day and all of a sudden you see how Southwest can turn more aircraft and charge a little less.

Another way they cut costs is by flying one type of plane exclusively, the Boeing 737. They are the largest operator in the world of this popular plane. One plane type means all crew are qualified to fly in any aircraft and all mechanics are certified to work on them. Again, built in cost savings.

But despite a savvy business plan that underlies their concept, the Southwest brand is publicly defined by its irreverent sense of humor, which they often use to poke fun at other airlines with their advertising. One publicity event took this humor to new levels when Southwest introduced a new tagline, “Just plane smart.” As it turned out, a small airline, Stevens Aviation, had already registered “Plane smart” as a trademark and quickly notified Southwest of the infringement. With some creative public relations thinking, the conflict was ultimately resolved when the CEOs of the two airlines staged an arm-wrestling event for charity with the winner taking control of the trademark. The Stevens CEO won, but immediately granted use of the trademark to Southwest as well.

Can you imagine the CEOs of Delta and United arm-wrestling over an intellectual property dispute? I can’t. But that’s part of what makes Southwest a distinctive brand. They consistently zig while the others zag.