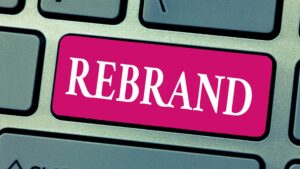 In 2018 the IHOP restaurant chain announced that they were changing their name to IHOB to feature its newly expanded burger menu. The re-brand was two things: one, fake, and a relatively clever marketing ploy, and two, deliberately bad so as to increase attention to the marketing message. Their “re-brand” was actually just a goofy head fake, and it generated a valuable avalanche of publicity for its owner.

In a nutshell: Announce a re-brand. Make it deliberately controversial. Say, “Just kidding.” Move on. If only real cases of re-branding were this easy.

Renaming a brand, especially a complete change, is about as simple as renaming one of your children. Every suggestion seems strange and out of place, with none of the familiarity built over years or decades.

Presenting the re-brand of Aunt Jemima as Exhibit A. Its owner, Quaker Oats, announced last year that they would be rebranding this line of pancake mix and syrup to leave behind racial stereotypes associated with the brand name and imagery. Several other food brands including, Uncle Ben’s, Mrs. Butterworths, and Eskimo Pie, also announced similar decisions.

Uncle Ben’s made the first move with a planned change over to simply “Ben’s,” a choice that leaves them with some equity from the original name. But the Aunt Jemima brand didn’t offer that simple an editing solution, so the folks at Quaker Oats have decided to shift about as far away from the original brand as possible. The new name for the leading pancake syrup on the market is…Pearl Milling Company. Meh. Out of all the infinite possibilities of new names, they chose one that is about as appealing as cardboard pancakes, even if it does come with a bit of a back story.

The new logo appears to be an old brick factory building. Seriously? For a food product?

The story goes that in 1888 the Pearl Milling Company developed the original rising pancake mix that went on to become branded as Aunt Jemima. So, they are returning to their roots. As a basic message, a century-plus legacy can have some value. But there is none of the former brand’s hominess or comfort food appeal that helped it gain double the syrup market share of the next two closest brand names combined (Mrs. Butterworth’s and Log Cabin).

Quaker Oats has retained the graphic elements from the original brand packaging. The colors, fonts, and package design will look familiar on the shelf. Brand loyalists will presumably keep buying the product. But new customers to the category will be harder to win, even with a commanding lead in market share, but without much of an appealing brand story.

The decision to change the name is unquestionably a smart move and part of a larger social shift. But the change to Pearl Milling Company as a name also demonstrates the difficulty of finding a new moniker for a long-standing brand. It also shows that a name and brand concept are not the same thing. Quaker Oats has essentially tossed out both as a way of starting fresh. They undoubtedly will put massive marketing plans and budgets behind making the new name work. But it won’t be surprising to see this brand name revisited in a few years.