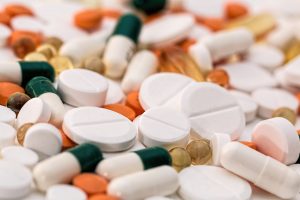 Two weeks ago, an Oklahoma court awarded a judgment of more than $570 million dollars against Johnson & Johnson for their role in the opioid crisis. Ironically, their stock price actually went up because the market was expecting a larger award. Even so, one branding expert, Eric Shiffert, told Investor’s Business Daily,  “The judgment is like the black death for the reputation of Johnson & Johnson. You’re witnessing the single greatest self-inflicted reputational wound to a healthcare brand in modern American history.”

Ooof, that’s a big statement, yet quite possibly accurate. J&J, the makers of baby shampoo and Band-Aids, were also the parent company that had to weather the Chicago Tylenol murders in 1982. This was probably a bigger hit on a healthcare brand initially, but J&J and Tylenol were ultimately exonerated from any misdeeds. They were credited with handling the crisis well by taking all their products off the market and immediately introducing new, tamper-evident packages. It remains a textbook example of how to manage a PR crisis, though, of course, the company had done nothing wrong.

This time around is far different. The judgment comes amid more than 1,500 lawsuits filed by states and municipalities around the country against numerous pharmaceutical companies and others for their complicity in creating a spate of overdose deaths from the misuse of opioids. But $570 million is a drop in the bucket compared to the total judgments and settlements that may arise from this tsunami of litigation. The essential argument by the plaintiffs is, “You told the world that these drugs were safe and non-addictive when you knew they weren’t.” The monetary damages are to help the states and municipalities pay for the ballooning costs of emergency treatment, law enforcement and other services.

An attorney for Johnson & Johnson, Sabrina Strong, told reporters, “Johnson & Johnson did not cause the opioid crisis. Although it includes some diversion of prescription medicine, it’s largely driven by illegally manufactured drugs that are coming into the country from Mexico and elsewhere.”

And that is what may save the J&J brand from succumbing to the plague that Mr. Shiffert has foretold. While J&J may be guilty as charged, there are plenty of villains to go around. Dozens of other companies are embroiled in lawsuits. Criminals are feeding the epidemic with illegal drugs. And the public has mixed feelings about addicts, often failing to see addiction as a disease and considering drug use to be just a poor choice, even when a person’s use may have begun with legally prescribed drugs.

There may be enough safety in sheer numbers for Johnson & Johnson to survive as a brand despite dire prognostications like Mr. Shiffert’s. Still, the building momentum of this legal backlash is starting to be reminiscent of the fights Big Tobacco fought and ultimately lost. Tobacco is a highly addictive product (purportedly more addictive than opioids) that was marketed as safe and non-addictive when the purveyors of the products knew otherwise. Ultimately, the 1998 Tobacco Master Settlement Agreement between the top five tobacco companies and the attorneys general of 46 states was for more than $200 billion over 25 years. That’s a lot of baby shampoo and Band-Aids, but with no disrespect to Mr. Shiffert, J&J will likely survive as a brand, just as Phillip Morris and R. J. Reynolds have.