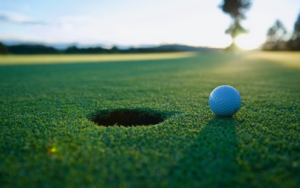 LIV Golf may just be one of the most unique brands ever. If you haven’t heard, LIV Golf is a new professional golf tour being fronted by Greg Norman and funded by the Public Investment Fund of Saudi Arabia. (LIV is the Roman numeral 54, which is the number of holes their tournaments play. The name is pronounced “live.”) LIV Golf has lured a number of well-established, if not top ranked, golfers away from the PGA Tour with enormous, guaranteed payouts and rich tournament purses. Phil Mickelson reportedly received $150 million to join this tour and Dustin Johnson $200 million. To put that in perspective, the formerly number one ranked Johnson has won about $74 million in his entire PGA Tour career up until now.

It gets more complicated. The PGA Tour, which for decades has been the ultimate tour to play in, sees LIV Golf as a competitor and has forbidden its members to play in LIV Golf events. Any player who does will be suspended from his PGA Tour membership. Players are being forced to make a choice—go with the rich, upstart league with no established traditions, but with guaranteed payouts and no-cut tournaments where every player wins something. Or stay with the long-standing PGA Tour which has been the pinnacle of competitive golf for decades, but with no guarantee of income.

LIV Golf is throwing around life-changing money for its golfers, offering a mediocre product, and seems to have no hope of ever being profitable. Which makes you wonder, “Why bother?”

Detractors say that LIV Golf is a Saudi government attempt to whitewash—”sportswash” some are calling it—their dismal track record on human rights. Professional golfers who accept their enormous payouts are being accused of aiding and abetting this effort. LIV Golf claims to want to coexist with the PGA Tour and that they intend to become profitable at some point.

Maybe in the far distant future, but what makes LIV Golf different from most brands is they don’t have to turn a profit or break even to exist because their funding is essentially infinite, which is what makes them an existential threat to the PGA Tour.

A former client once compared competing with a desperate rival to getting into a bar fight with a man with no teeth. He has nothing to lose. LIV Golf may be a desperate competitor, but they have all their teeth and an unlimited dental plan to cover any losses. They can pound away at the PGA Tour with jaw dropping purses and guaranteed payments all day long.

And that begs the question: Can LIV Golf buy its way to legitimacy as a brand and overcome the dark aspects of their funding and reputed motivations? Sportswashing aside, the biggest question is the quality of their product. They have a few well-known names that have joined their 50-man roster. But only a few. The biggest names are still on the PGA Tour and many have spoken out against the new league. So the quality of their golf will likely not match that of the PGA Tour. Nor have they created any stars of their own, though it’s early.

Is LIV Golf the best brand money can buy? Perhaps, but time will tell if their product will ever be good enough to truly rival the PGA Tour.