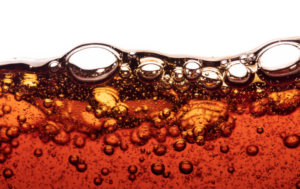 In 1969, astronauts landed on the moon and Coke introduced a now classic tagline, “It’s the Real Thing.” My 9th grade English teacher would give an F to anyone who used the word “thing” in writing (“there’s always a better word”), but this isn’t English composition, it’s advertising. The iconic slogan lasted until 1975 when Coke switched to the very forgettable “Look Up America!”, and they’ve been trying to get back to being real ever since.

There is no hard and fast rule for how long a slogan should last. Decades old taglines like “Just Do It.” and “Nationwide is on your side” are rare. Slogans change with the times and sometimes disappear altogether, as they have for Apple. But by any standard, Coca-Cola’s slogan generation has been prolific, with 21 new versions since The Real Thing in just over 50 years, according to a comprehensive list on their website. You might think a global brand leader like Coke could get comfortable with a catchphrase, but usually no, not for long.

For all its wordsmithing twists and turns, Coke keeps coming back to the concept of being “real.” In 1985, Coke replaced “Coke is it!” with “America’s Real Choice,” which could have been an election campaign slogan, and lasted only one year until it was replaced with “Red, White, and You.” Four more slogans went by in the next five years with “real” making a comeback (or throwback) with “You Can’t Beat the Real Thing.” Coke went through a six-pack of taglines in the next 13 years before returning to the “real” theme with “Coca-Cola…Real” in 2003. They tweaked it in 2005 with “Make It Real,” which lasted only a year. And that brings us to the latest version introduced in 2021, “Real Magic.”

Yet while it seems that Coca Cola has changed taglines more often than Lady Gaga changes outfits, the brand concept has remained focused and on the same track throughout. It has been stated in many ways over the years. Manolo Arroyo, the chief marketing officer at Coca-Cola has said that “Real Magic” is “not just a tagline,” it’s “a philosophy.” He added that the goals of the campaign are to “increase the Coca-Cola consumer base through an ecosystem of experiences anchored in consumption occasions, such as meals and breaks, and merged with consumer passion points like music and gaming.”

If I tried telling someone that I was building a customer base “through an ecosystem of experiences anchored in consumption occasions,” I’d expect to be laughed out of the room. But put another way, what I think Mr. Arroyo is saying is that the Coke brand is about the togetherness of having fun with family and friends. And this brand concept really has been unchanged over decades of slogan switches that repeatedly gravitate back to “real.”

I should point out that “Real Magic” is an oxymoron and so therefore not real at all. But only my 9th grade English teacher would care. Coke can keep on returning to “real” as a theme, but behind the parade of catchphrases, the brand concept has remained about people enjoying their time together. So, thanks, Coke, for keeping it real.