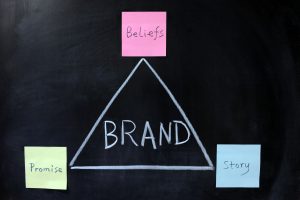 Five years ago CVS changed the drug store landscape. They announced they would no longer sell tobacco products in their pharmacy stores and that they were changing their corporate name to CVS Health as part of a “broader healthcare commitment.” In essence, they created a new category of business and challenged their competitors to follow. Today they define their purpose as a company as “Helping people on their path to better health.”

Call it a “purpose,” or even a mission statement, but that’s as succinct a brand promise as you are likely to find in any industry. And CVS Health has been backing it up ever since.

In the short term after the announcement, CVS lost an estimated $2 billion in sales, overall revenue was down across their nearly 9,800 pharmacy stores, and industry pundits were clucking about the wisdom of their choice. But CVS didn’t waver. In subsequent years their sales improved and reestablished strong growth.

And that was just the beginning of CVS Health reinventing the category and establishing themselves as the leading brand. They introduced more than one thousand “Minute Clinics” for basic health services such as blood pressure checks and flu shots. They added Omnicare, a long-term prescription management program and infusions services under the name Coram.

In the midst of the national opioid overdose crisis, CVS was the first large pharmacy to respond. While CVS doesn’t make opioids, market them, or prescribe them, they recognized that they are the ones handing them to the consumer in ways that had the potential to be unsafe or increase risk of addiction. They moved to limit the number of pills they would fill in a prescription and the length of time for the supply.

They could very easily have made the exact opposite argument to protect their profits by claiming their customers have legal prescriptions from medical professionals. But they chose a path directed by the concept of their brand rather than pure profits or even customer satisfaction since this made acquiring opioids more difficult.

When the recent vaping crisis arrived, CVS did nothing because they didn’t need to. They had never sold vaping products in the first place, again seeing those products as opposed to their promise of a path to better health.

CVS Health has not escaped criticism and has been named in opioid lawsuits along with other large retail chains such as Walgreens, Walmart, and Rite Aid. But their brand focus remains the same. In 2017 and 2018, Points of Light, the world’s largest organization dedicated to volunteer service, named CVS Health one of the top 50 community-minded companies in the country.

It’s easy for any company or organization to make grand claims about being community-minded or dedicated to health. Most other large pharmacy chains do. But only CVS stopped selling highly profitable tobacco products and never began selling vaping products. They were the first to limit opioid prescriptions. They are a clear example of a company following its purpose, delivering on a brand that is different and reaping success as a result.