Home > Services > Articles & White Papers > Congratulations on your new trademark! Get ready to fight to keep it. 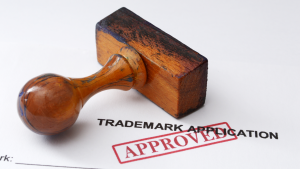 You probably know that Jet Ski, Styrofoam, and Xerox are all registered trademarks. Yet, they have become synonymous with the entire category of products in which they compete. Xerox Corporation has fought for years to discourage using the word “Xerox” as a verb, referring to making a copy. This is the paradox of all the hard work it takes to achieve a registered trademark. Once won, if it becomes widely recognized, it must be vigorously defended.

Did you know that all REALTORS are real estate agents, but not all real estate agents are REALTORS? The term is a registered trademark of the National Association of REALTORS (NAR). The association seeks to add value to real estate agents’ professional credentials through membership in their organization. Members, and only members, are permitted to use the “REALTOR” term in connection with their names. But to preserve the rights of the trademark, the NAR, and its members must wage a constant battle against the misuse of the term by the media, non-member agents, and the general public. It isn’t easy, but it shows the value of the trademark to the NAR.

Sometimes the battle is lost. “Aspirin” was originally a trademark of the Bayer Corporation, which still retains protection for the term in Canada and Europe. In the U.S., though, they have surrendered their rights.

Believe it or not, the term “Adrenalin” is actually a registered trademark for epinephrine products owned by Park, Davis, & Co. They gained the mark in the early 20th century and still retain rights today.

Sometimes a slight derivation can help a company hold onto its intellectual property. “Plexiglass” has become a generic term for acrylic glass. It’s based on the still active trademark of “Plexiglas” owned by Altuglas International. The slight difference in spelling helps Altuglas defend its rights.

Brand names like Jeep, owned by Chrysler, have had campaigns created to expressly defend the trademark. Jeep ran ads about 10 years ago with the headline “They invented the term SUV because they can’t call them “Jeep.” Even Disney gets in the news from time to time for threatening legal action (let’s assume politely) for unauthorized use of the trademarked characters’ images. (Like a Mickey Mouse mural at a daycare center.)

The list goes on. Band-Aid, Freon, Frisbee, and Jacuzzi are all registered trademarks. So are Muzak, Onesies, and Ping Pong.

Sometimes defending a trademark can cost the abusers big time. Jacobs Vehicle Systems owns the term “Jake Brake” which is best known as a line of truck engine retarders. If you’ve ever heard the loud popping sound a semi makes when it slams on its engine brake, you know what a Jake Brake is. Unfortunately for a number of local governments in Pennsylvania that put up signs banning the use of “Jake Brakes” in towns and cities, this was a misuse of a registered trademark and they were forced by the Jacobs to replace all the signs. Jacobs rightly defended their trademark from misuse and potential bad publicity.

A trademark attorney can fill you in on the finer points of defending your particular trademark. Just be sure to keep in mind that securing a registered mark is just the beginning, not the end, of the journey toward building a valuable brand.