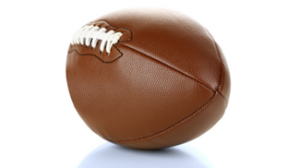 Coming up with a new brand name is always tough. Even when there’s no question that a new name is needed, so often every suggestion sounds foreign or off-center. It’s akin to re-naming one of your children—nothing has the comfort as the name you have come to know and love.

A very public re-naming process is slowly drawing to a close for the NFL football team in Washington. For the past two seasons they have been known as the “Washington Football Team,” having dropped their original name because of its racist connotations. During this time, they have received a reported 40,000 suggestions from the general public and other sources and have narrowed their list of finalists to eight possibilities.

You may or may not care about the final selection, promised by early 2022, but play along with me as we review the names and you may see how hard the final choice can be.

So which would you choose to rebrand the Washington NFL team and plaster a new logo onto every imaginable item from keyrings to cow bells? Every name has is positives and negatives—which is what makes re-branding such a challenge whether you’re a sports team or not. The team in Washington is making the right move by changing their name, but they’re demonstrating how hard it is to make a final choice as well.