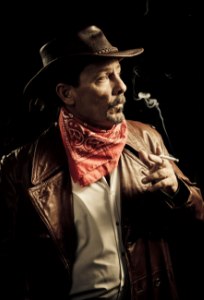 In 1954, Philip Morris decided to reposition one of its filtered cigarette brands that hadn’t been performing well. It had been targeted at women and was using the slogan “Mild as May.” The corporate giant was looking for a new brand concept to grow sales. The brand was Marlboro and branding history was about to be made. Repositioning the brand to reach a male audience, they initially came up with a series of characters that projected masculine imagery, including sea captains, construction workers, weightlifters, and, of course, cowboys. The cowboy concept resonated best, and the concept of the Marlboro Man was born and lives on to this day. The concept glorified the rugged individualism that is a cornerstone of American self-perception. To smoke the Marlboro brand created a sense of being tough, macho, and self-assured. The new brand clicked with men and became the number-one-selling cigarette brand in the U.S. by 1972. And yet there was not a truly authentic element in the brand story that traced back to fact.

Would creating a brand like Marlboro be possible today with social media and Google providing a pathway to the real story behind the brand? The answer is it’s still possible, but it requires having enough marketing horsepower to really push the brand attributes.

The beer brewing giant Anheuser-Busch is a corporate brand that is decidedly American and patriotic in its messaging. Its logo consists of an eagle intertwined in a large letter A. The backstory of the company is classic American Dream material with European immigrants becoming a success through hard work and a clear vision. Yet, since 2008, Anheuser-Busch has been owned by a Belgian company, InBev. Does this bother Budweiser and Busch beer customers? Apparently not, as both brands continue to succeed.

Haagen-Dazs is a European-sounding super premium brand of ice cream. Yet it has no true foreign roots, being founded in Bronx, New York in 1960. Its owner wanted a name that sounded Danish and invented it to achieve the cache of being imported. Haagen-Dazs was so proud of its inauthentic brand name idea that in 1980 it sued the Frusen Gladie brand for supposedly copying their strategy. They were unsuccessful, perhaps because Frusen Gladie means “frozen delight” in Swedish.

Other brands steer carefully around inconvenient facts to maintain their image. BMW talks about its large manufacturing plant in the U.S. sparingly and not at all in Germany. Being an imported brand still matters to the company, although being German is not at the core of its brand message, luxury performance is. Apple is often put on the defensive for manufacturing its products in China. To counteract this, they have begun noting on their products, “Designed by Apple in California. Assembled in China.”

Brands like Marlboro and Haagen-Dazs were built on fictional concepts but continue to flourish today. Launching a brand with messaging that is inauthentic is still possible if enough time and money exists to push through the concept. But finding your way through the criticism of trolls and watchdogs on social media makes it even more important to think out the brand messaging and consistently drive it home. Even for fictional cowboy tough guys. Giddy-up.