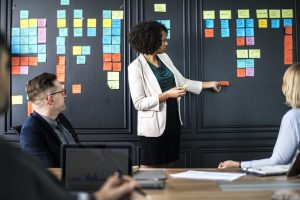 Some years ago I sat in the dim light of a focus group observation room along with a client in the banking industry. We watched as one customer after another griped about paying fees for foreign ATM transactions, meaning using the ATM of another bank brand and being charged a service fee. The client whispered, “They just don’t get it, do they? Their money is in our bank, not in our competitors’!”

The client was right that his customers “don’t get it.” They truly didn’t understand it. But his frustration was misplaced. What his customers were telling him was that they needed more education on why foreign ATM fees were charged, and perhaps on how to avoid them by using only his bank’s ATM network.

The good news, though, was that the client had used the focus groups to proactively seek out feedback from his customers about what they liked about his bank and its brand, and what they felt could be improved upon.

As it does in many situations, asking works better than not asking. There are many ways to seek out complaints and make sure they come to you first, where you’ll have a chance to address them and hopefully resolve the problem, or at the very least become aware of it. Focus groups are a deep dive into the opinions of a limited number of people. But paper or online surveys work well for larger audiences and for companies with relatively few customers or clients, an occasional phone to check on satisfaction levels can be well worth the time it takes to make it.

There are all kinds of questions you could ask, but they will mostly fall into two categories: “How are we doing?” and “What can we do better?” Then get ready to deal with the feedback you receive. Expect verbal comments that are wide ranging and may not fit neatly into your predetermined categories of, say, “service complaint,” or “product performance.”

And keep in mind that the real complaint may be hidden between the lines. A customer really isn’t upset that a package was a day late. She’s angry because she wanted to wear the shoes she ordered to the big party that weekend. A defensive brand might say, “She should have ordered them sooner.” But a brand that is truly solution driven might decide to start asking customers in advance if they need the product for anything special and suggest faster shipping to ensure that it arrives in time.

Some brands keep detailed records of satisfaction levels, response times, and acceptable resolutions. Others may be less rigid but still seek out negative as well as positive criticism. But to have nothing at all in place to capture feedback is risky.

I’ll ask the question again. What’s worse than a customer who constantly complains to you? One that doesn’t complain, gives up, and becomes an ex-customer.