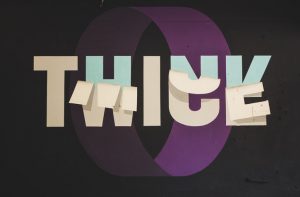 A few years ago, I had water treatment equipment installed at my home including a water softener and acid neutralizer. The company I used was a well-established regional brand and completed the job at a competitive price. The technician set up the equipment and told me they would contact me in a month to come back and check that all the settings were correct.

Strike one. A month went by and I didn’t hear anything. Finally, after about two months, I called back and asked when the follow-up would be. I also noted that I hadn’t seen much difference in the water quality but wasn’t sure what to expect. “Oh, I thought we called you, but we’ll come out right away,” the customer service representative said. We set an appointment.

Strike two. The technician arrived, checked the equipment and admitted something was wrong. Apparently, the original technician had forgotten to turn on the equipment. It hadn’t actually been running at all.  Really? So since you never followed up as promised, and your tech never turned on the equipment, it would have stayed that way for who knows how long if I hadn’t called in? I let the new tech know I wasn’t very happy about that and that I felt let down.

Strike three. The tech’s response seemed innocuous at first. “I’m sorry you feel that way,” he said. “I could have made the same mistake myself.”  He turned on the equipment and left soon after.

As I drove to work, I found myself directly behind the company’s service vehicle with their phone number emblazoned across the back. I called it and asked for the service manager. I explained that, with his comment, I thought the tech had essentially blamed me for being upset, and that I felt he should have been more apologetic for his company’s errors.

To his credit, and that of the company, the service manager stepped up. First, he owned the problem. “This never should have happened,” he told me. “Our system clearly broke down.” He went further, “I apologize for what your tech said to you. You have every right to be dissatisfied.” And then he made an unexpected request. “Would you mind if I used this as a situation in our training sessions?” he asked. “I’d like to use this as an example of what not to do.”

That last question had a tremendous effect on me. He had taken responsibility, apologized and saw the value of using it to prevent future problems. As a firm believer that customers should complain if they want to see a company change its ways, I saw this as a stellar example of how a brand should act. His tech didn’t get it, but he did, and he was going to actively seek to fix the problem.

This is a question all brand managers should ask themselves. How do you handle complaints in a way that both respects the customer and actually improves the brand? A stellar example is L.L. Bean’s return policy. Though recently modified due to dishonest abuse, they will still take any product back for up to a year with proof of purchase. This still generous return policy is part of what makes their brand loyalty so strong among their core customers.

All brands will have problems with their service or product at some point. But what they do next can have a huge effect on whether their brand gets stronger or weaker as a result.