Home > Services > Articles & White Papers > Toys Were Us. A once-thriving retail brand fights to stay relevant, if not solvent 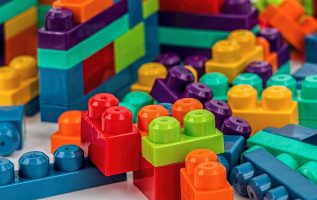 In April, Toys R Us announced that they had lost $36 million last year. That was the good news. The year before, the giant toy retailer lost $130 million, which on $12 billion in sales, is not the end of the world. But it gets worse. Sales in 2016 were down 1.4 percent in a toy market that grew by 5 percent. On September 18 of this year, Toys R Us filed for Chapter 11 bankruptcy protection and put the long-term viability of the brand into serious question.

To paraphrase Kermit the Frog, it isn’t easy making green.

The first Toys R Us opened in Rockville, Maryland, in 1957, based on a similar business owned by the founder called Children’s Supermart. The new specialty brand became the hammer in its category, offering a wide selection of toys and children’s items while driving smaller toy stores out of business. The new concept easily overmatched the typical department store selection and grew rapidly through the 80s and 90s. They launched spin-off brands Kids R Us and Babies R Us. But, in the early 2000s, their growth began to slow and profits stagnated. Kids R Us closed in 2003.

Toys R Us succeeded as a category specialist, but their brand was not about great service as much as it was great selection. And that once-solid position ultimately proved to be vulnerable. Two big sharks and any number of smaller fish began to eat away at their profits. As Amazon grew from a bookstore to a more broad-based retail giant, they quickly outpaced the ability of Toy R Us to sell online. Walmart did what they do to so many retail competitors and cherry-picked the most successful products and sold them at a lower cost. Smaller online operations used the efficiency of their virtual retail space to chip away, as well.

So, 60 years later, the once-mighty Toy R Us has become the nail, getting pounded by bigger retail brands and accumulating more and more debt as they struggle to compete. Service has deteriorated, they are often undercut on price, and their online presence is outdated. Online video games have completely bypassed all retailers and now take up a big share of the toy budget for many parents. Of course, Toy R Us is hardly the only retailer hurt by the likes of Amazon and Walmart. K-mart, Sears, and JCPenney are all wobbling like Weebles that may actually fall down.

If there’s a way to save Toys R Us from joining brands like Circuit City and Blockbuster in the attic, it could be to revamp their retail service experience and make it part of the value of going to the store. This might include parent and child in-store events, online clubs and special promotions for grandparents or other niche audiences. There has to be a reason to skip Amazon Prime and say, “Let’s head over to the store today.”

Unfortunately, it is far more likely that Toys R Us is on the same Slip ‘N Slide that Radio Shack has been riding for years. They are on a race to the bottom of a hill that may be impossible to climb back up.