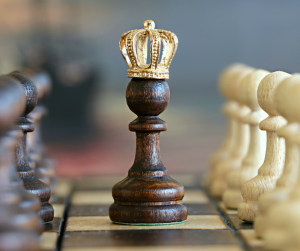 At the turn of this century, Budweiser was the number one beer brand in the United States. The self-proclaimed “King of Beers” had ruled for decades, but its reign was about to end. In 2001, the king was surpassed by its own spinoff, Bud Light, and in 2011 it was knocked it to third place by Coors Light. It now sits in fourth, behind Miller Lite. Though it’s sister brand has held onto the number one spot, the King of Beers is no longer and continues to see a steady drop in sales of about 1.5 percent per year.

Look no further than the number one brand in the world, Apple, to see how hard it is to stay top dog. As a brand built in large part on being highly innovative, it has had a series of monumental technology breakthroughs that have revolutionized a number of product categories.

Apple’s early Lisa and Apple II computers led the way to simple-to-use computers and software. The Macintosh computer quickly became the dominant format for graphics and design. The Apple iPad led the explosion of tablet sales for business and consumer use. And, the creation of iPod and iTunes not only reinvented the mp4 player, but it also changed the way we buy music. Of course, their flagship product, the iPhone, redefined the smartphone market. (Remember when the best smartphone available was the BlackBerry RIM? Wait, do you even remember BlackBerry?)

It may seem hard to believe that the iPhone is only 10 years old, as so many of us have rapidly become accustomed to carrying powerful handheld computers in our pockets. Yet in that short decade, Apple has introduced more than a dozen versions of the iPhone, averaging a new update every six months or so as consumers and industry analysts yearn for continual improvements to these leading-edge products. When competitors who followed in the footsteps of Apple occasionally develop a feature that the iPhone doesn’t have, there is an outcry from observers, who kibitz that Apple has lost its edge and will henceforth struggle to compete.

Of course, those prognosticators are proven wrong time and again as Apple continues to sustain high-profit margins and a rising stock price. But it shows the challenges of sustaining a brand based on one of the toughest brand positions there is—being an innovator. Innovation is sexy and exciting and draws people to follow your every move. But like any brand position, it has to be proven over and over, in this case with new technology products and new services flowing out at an incredible rate.

This isn’t just Taco Bell introducing a chocolate chalupa. Compare Apple and its huge array of devices with another innovator for its time, Polaroid. The Polaroid camera owned the instant photo market for decades, but its innovation was based on an aging technology and the brand never made the transition to the digital world, despite attempts to create its own digital camera.

Apple, on the other hand, has made key transitions that transferred its computer technology to other devices. Despite some ups and downs in the 90s, it has risen to be the most valuable company (and brand) in the world.

How long Apple will remain king is hard to say. But their track record suggests they have the resources to sustain a brand position of innovation far longer than other brands that claim the same qualities, but fail to deliver on a consistent basis.