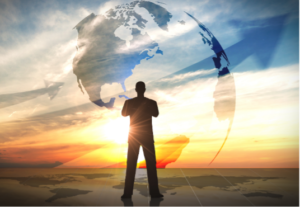 We adore our sports heroes in this country in all major sports, but football in particular, and the gold standard by which many athletes are measured is championship victories. Tom Brady, NFL quarterback for 20 years with the New England Patriots and 2 more with the Tampa Bay Buccaneers, has seven career Super Bowl wins, far more than the next place holders, Joe Montana and Terry Bradshaw, who each won four. Brady is retiring with a slew of other records for passing success and will now make the transition from Tom Brady the player to Tom Brady the brand. And despite getting a head start already with numerous endorsement contracts and his own developing brand names—TB12, Brady Brand, and Autograph—he has a lot of ground to make up if he wants to catch the leaders.

Take tennis player Roger Federer, for instance. Yahoo Finance estimates that Federer made a total of $106 million in 2020, of which only six million dollars was tournament winnings. The rest was endorsements. Michael Jordan may be the endorsement GOAT with an estimated 1.8 billion dollars in lifetime deals and is still making about 130-140 million dollars a year from the Nike Air Jordan brand alone.

Others NFL stars ahead of Brady include recently retired Peyton Manning and Michael Strahan. Even current player Baker Mayfield, who has achieved very little of consequence on the field, has several major endorsements. But each of those three also have something intangible that is a key to their success: they’re likable.

And this is where Brady will have to evolve. Throughout his career he has been relatively quiet off the field and avoided taking a stand on political or social issues. He’s been associated with two cheating scandals while with the Patriots, one directly (DeflateGate) and one indirectly (SpyGate). He has been seen throwing his tablet computer to the ground and yelling at his teammates on the field and the sidelines. He is perceived by some as a rich guy with a supermodel wife who is out of touch, in contrast to the down-to-earth quality shared by Manning and Strahan in particular. Manning’s self-deprecating, aw-shucks manner is something Brady will never achieve, but to reach a broader audience, Tom Brady the Brand will have to improve his appeal to non-Patriots fans and perhaps non-football fans in general.

Ironically, as great as he was as a player, Brady was only the highest-paid quarterback in the league for one season and was usually not even in the top five. With a lot of work ahead of him, he has a chance to be the GOAT of endorsements as well, at least among former NFL players. But it’s a whole new set of rules for this ballgame. Touchdowns and trophies can take a player a long way, but building and maintaining a brand requires a different set of skills.