Home > Services > Articles & White Papers > The Subway brand has gone stale. What happened to the king of foot longs? 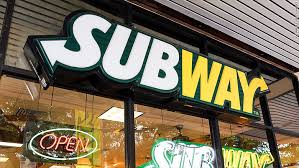 For the past two decades, the Subway sandwich chain has been the brand to beat within the quick-serve market. Now you can see why—everyone is beating them. Though having grown to more locations than McDonald’s both in the U.S. and globally (46,000 to 37,000), Subway has been steadily losing ground with declining same-store sales reported from many sources for several years running. According to “Business Insider,” the chain closed 909 U.S. stores in 2017 alone. A leaked internal memo obtained by the “New York Post” estimated that the chain has lost 25 percent of its traffic over the last five years.

What’s hurting this once soaring company? Submitted for your consideration: Subway has lost its grip on the core of its brand position: Fresh.

When Subway first hit the quick-serve scene, they found a way to package a stripped-down deli experience and stick it on seemingly every street corner and half the gas stations in the country. Rather than buy a convenience-store sandwich made the night before and wrapped in plastic, customers could watch their sandwich being made and customize it on the spot with fresh bread, produce and other add-ons.

Brands like Quiznos made a run at Subway with toasted sandwiches, but Subway quickly responded with their own super-fast ovens and kept them at bay.

Yet, despite rapid growth (perhaps too fast), cracks were starting to emerge in the brand. In recent years, franchisees began to complain that their produce was being supplied less and less frequently. As little as once a week, according to a franchisee who spoke with “Business Insider.”

While Subway was allowing their freshness position to languish, other chains were starting to cut in on it. Panera Bread, though not a direct competitor, has seen substantial growth and provides fresh sandwiches and soups as well as a premium bakery to draw customers. Chipotle has developed a freshness position for its burritos that touts its local sourcing of produce. Other fledgling restaurants like Sweetgreen have their produce delivered daily. Simply put, Subway is being out-freshed by brands all around them.

Add in new sandwich brands like Jimmy John’s and Jersey Mike’s that are steadily eating away at Subway’s market share, while also preparing sandwiches on the spot and made to order.

Subway has been further hurt by a lawsuit claiming its “footlong” sandwiches were actually more like 11 inches, an exposé by a Canadian TV network that their chicken meat is mostly soy, and the conviction of former pitchman Jared Fogle on solicitation and child pornography charges.