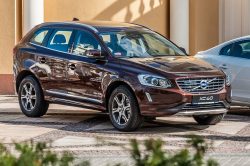 “Cars are driven by people. The guiding principle behind everything we make at Volvo, therefore, is and must remain, safety.”

So stated Assar Gabrielsson and Gustav Larson in 1927, the year that the Volvo automobile brand was created by parent company SKF. And, for the better part of a century, the brand followed this tenet to the letter, introducing many safety innovations, including laminated windshield glass, padded dashboards, rearward-facing child safety seats and the three-point safety belt. The latter invention was patented by one of Volvo’s engineers, who then immediately made it available to all car manufacturers for free in the interest of public safety.

As technology advanced, Volvo pioneered or was an early adopter of many other safety features, including side-impact airbags, blind spot monitoring systems, and crash crumple zones. Safety and Volvo became synonymous terms, and Volvo became a textbook example of a clearly positioned brand built around a simple, valuable concept: The safest car for you and your family.

But a funny thing happened on the way to owning an enviable brand position: Governments around the world said, “Hey, this is great stuff. We’ll require this on all cars, in the interest of saving lives.” Which, actually, was exactly what Volvo itself had done with their seat belt invention. So, many of the safety innovations that Volvo created became standard equipment on every car. Government tests showed that many cars were as safe as Volvos in crash tests. Lots of cars received coveted five-star safety ratings and Volvo wasn’t always one of them.

Volvo had lost its mojo and the focal point of its brand.

In 1999, Ford bought the Volvo automobile brand (but not the commercial vehicle Volvo brand, which is still owned by the Volvo group). Ten years later, Ford sold the Volvo auto brand to current owner Geely Holding group, a Chinese automobile manufacturer. The new owners immediately began to focus the product line on cars with smaller three- and four-cylinder engines, moving away from larger engines for the sake of fuel economy. Global sales under Geely have been steady, if not spectacular, though in the U.S., sales grew by 18 percent in 2016.

But, this month, Volvo announced that they will gradually eliminate internal combustion engines from their product line and make no gas-only cars after 2019. While most car brands have produced a nameplate with hybrid technology, no established brands have made a commitment to electrics and hybrids only.

This new business strategy puts the Volvo car brand on a new path. Tesla (which, in 10 years, has yet to be profitable) becomes a direct competitor, while other car brands have only a model or two to offer. And a strong argument can be made that the same buyers that put safety first are likely to put economy and eco-friendly traits on a pedestal, as well. Volvo may have found an effective pivot away from safety, which it no longer owns anyway.

Unfortunately, it could be short-lived. Volvo’s challenge will be to stay ahead of an industry that is already moving toward alternatives to internal combustion, though at a slow pace. The bitter irony could be that, having once had their brand position weakened by regulation, it could happen again, despite their best, and even admirable, intentions.