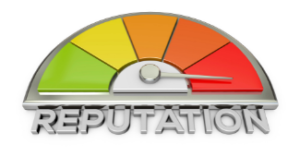 Often a brand that succeeds where others fail is the first to admit, “We’re not perfect.” That brand accepts that mistakes will happen, but they know that what they do next can make all the difference. Many brands have built a strong reputation for exceptional responses to displeased customers including, L.L. Bean, Chewy, and Zappos. But recent events at a California car dealership may top them all.

The owner of a top-of-the-line 2021 Corvette noticed a slight issue with his engine and took the car in for service at Fremont Chevrolet. The matter turned out to be minor and he picked up the car soon after. Everything’s copasetic, right? Well, it was until he decided to review his car’s automatically recorded videos where he discovered that someone at the dealership had taken his car out for a test drive and proceeded to commit a dozen or more moving violations. The video, which tracks speed, showed several runs up to 100 mph or more on the freeway and subsequently a street race with another car where his prized Corvette hit 148 mph. In traffic. Weaving in and out of the HOV lane. Endangering countless other motorists.

Needless to say, he was upset and called the dealership with a three-word question that started with “What the…” Initially the dealership offered a small consideration of some extra detailing. The customer wanted an extended warranty. (He also posted a video of the joy ride online.) Then the owner of the dealership stepped in and said, “This is not right, we have to do better.” He offered to order the customer a brand new 2022 Corvette, fully loaded and all taxes paid, in exchange for his existing car. That’s a little like an airline upgrading an economy class ticket to a private jet, but the message was clear.

The customer reports that he is quite happy with the accommodation. But imagine the message that was sent not only to customers of the dealership but also to its employees. It cuts both ways because it says, “We will do whatever it takes to satisfy our customers.” But it also implies, “Let’s not give away another new Corvette.” (The tech who took the test drive and the other car in the race are being investigated by the California Highway Patrol. The tech is likely unemployed right now.)

Of course, any brand that spends too much time and expense righting their wrongs will have trouble staying profitable, even if they’re not upgrading a customer to a new Corvette. But the equation that Fremont Chevrolet ultimately chose was one of far outweighing a negative outcome with a positive response. The dealership owner’s gesture was grand, but it shows the importance of doing more than minimum. This is often seen in online retailing where the hassle of returning a package is frequently part of the deal to get a replacement. The customer has a burden placed on them even though they didn’t make the mistake.

The Corvette owner is now eagerly waiting for his new ride to arrive. The dealership likely saved a valuable customer and set an example for its employees. And the owner of the dealership may have made his dealership’s brand a little stronger by admitting that they had made a big mistake and fixing it in a big way.