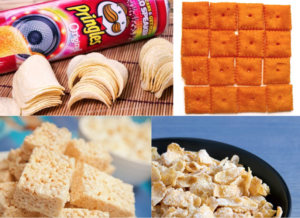 The maker of Frosted Flakes, Pringles, and Pop Tarts has hit upon a new strategy to grow its brands: Get smaller first and bigger second. In June, Kellogg’s announced it will split its operations into three new companies, but not in a way you might expect. The new companies are being grouped not only by product type but also by geographics and ingredients.

The new companies, which are expected to have separately issued stock, are Global Snacking Co., North America Cereal Co., and Plant Co. Of these, Global Snacking is the big dog of the group with about 80 percent of current Kellogg’s sales, boasting major brands like Pringles, Cheez-it, and Rice Krispies Treats. North American Cereal will carry the torch for Apple Jacks, Frosted Flakes, Raisin Bran and Corn Pops, among others, and is expected to be relatively stable in revenue and profit. By far the smallest of the group, Plant Co., will focus on growing the brands in plant-based foods, many of which are not yet household names. Their lead brand may be familiar, Morningstar Farms, but other lesser knowns include Bear-Naked Granola and Incogmeato.

There is a cautionary saying in business, “How big can we get before we get bad?” Kellogg’s as a whole remains very big with about $14 billion in sales. But by taking this unique reorganizational approach they are betting they can grow faster with a more singular focus on their categories than by keeping all their brands on one mothership.

Kellogg’s is hardly the first company to do this, most recently Johnson &  Johnson announced in December that they would be spinning off a consumer health business including brands like Listerine and Baby Powder (yes, it’s actually a brand name) from their pharmaceuticals and medical devices business.

This approach flies in the face of traditional corporate empires which often have dozens of brands under one entity and reap the tangible benefits of scale and consolidated resources. But Kellogg’s, J&J and others see how a company’s diverse brands and markets set up an internal competition for resources that may be self-defeating, or at least lacking the focus that can bring greater results over time.

Of the three new companies, Plant Co. would seem to have both the most opportunity but also the most pressure to succeed. Their revenue of $340 million is just 4 percent of Kellogg’s total and many of their brands are new and fighting for shelf space with dozens of plant-based food products looking to grab market share in this new category. Kellogg’s has stated that this spinoff may take longer than the other two. It could also be a neatly-packaged precursor to a sale of the company down the road if it is unable to grow its brands sufficiently.

So now brand managers at J&J don’t have to worry that the medical device business will take priority over Baby Powder. And brand managers at Morningstar Farms can expect to get out from under the shadow of Tony the Tiger. It’s a brand development strategy that makes sense but will still have to be proven in the marketplace.