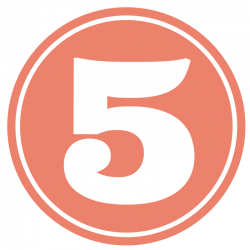 Weak business premise—well told. Pets.com and etoys.com exploded into the minds of consumers in the late ‘90s with compelling marketing campaigns that were funny and pulled at the heartstrings of parents and pet owners. But, the underlying brands were really ill-conceived e-commerce models, with no special features. Both brands failed within a few years. The cute Pets.com sock puppet remains stuck in the minds of many consumers to this day, but the brand behind it is doggone.

Using stock solutions. Ever get that sinking feeling of seeing your competitor use the same photo or a similar tagline to yours? If you’re telling your brand story with $5 images and clichéd messages like “the brand you can trust” or “we provide solutions,” you will struggle to separate your brand from your competition, no matter how good it is at the core. There’s no such thing as a stock brand. Relying primarily on commonly-used images and messages just won’t work.

Trying to be all things to all people. Even consistently successful brands will try to do too much. Case in point: McDonald’s. From 2013 through 2014, Mickey D’s had eight quarters of overall negative sales growth. After some deep introspection, they realized a key issue was that their menu had grown to more than 100 items, which was slowing service and depressing overall sales. After trimming their items to a more manageable number of choices, they were able to reverse the sales slide.

Being the leading brand in a failing category. Remember Kodak and Polaroid? These brands still exist, but are far less powerful and dominant. Both fell into the trap of having strong products that were undercut by new technology, namely digital photography. Both companies tried to develop digital cameras, but invested too little, too late and had their primary products made obsolete by camera brands like Nikon and Canon and, ultimately, even smartphones. A similar scenario could be playing itself out in the automobile business. Tesla is not just an electric car upstart, it’s leading the technology of driving in ways that have Ford, GM and other brands looking over their shoulders.

Riding the same brand strategy for too long. Whether it’s for ego reasons by leadership, as in, “I know what’s best,” or the classic, “we’ve always done it this way,” failing to evolve a brand can leave a company on the road to nowhere. (Now-defunct Pontiac had 25 straight years of declining sales, but just wouldn’t stop making the same lookalike cars as other GM models.) Marlboro has had an exceptionally long run with the macho escapism of the Marlboro Man riding the open range and smoking their cigs. But, before that ad campaign positioned the brand as a he-man choice, Marlboro was marketed exclusively to women and employed the slogan, “Mild as May.”

Apple launched itself as a David of brands, but has become a Goliath in the last 15 years. Along the way, they’ve had many slogans (and sometimes none), but they have become far less contra and far more mainstream.

It’s worth noting also that Apple has avoided the other pitfalls listed here, by applying their technology and insights as a computer maker to music players, mobile phones, TVs and more. They are a premium choice that doesn’t appeal to everyone. And you will not find a stock photo anywhere on their website, although you will find plenty of brands who would like to imitate them. (For your brand’s sake, don’t do that, either.)