Home > Services > Articles & White Papers > If you had a few extra billions in your pocket, which brand would you buy? 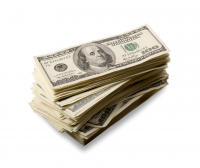 It seems like $75 billion doesn’t go as far as it used to. At least not when it comes to judging the value of a brand. For years, Coca-Cola was the number one brand by value in several rankings, including those by Interbrand and Brand Z. Its estimated worth stayed relatively steady at around $75 billion, give or take a few. (99.9 percent of all brands are worth less than a billion dollars, but for Coke, an extra billion is just having a good summer season.)

The value of the Coke brand has been tried and true for decades, but in the last few years, other brands have passed them like they’re standing still. Interbrand ranks Apple and Google well ahead of Coke at $178 and $133 billion, respectively. Brand Z has 12 brands ahead of Coke. Its top five are Google, Apple, Microsoft, Amazon, and Facebook. Brand Z values Coke at $73 billion (Disclaimer: These brand valuations are not necessarily the actual price tags for these companies. But, for the purposes of this exercise, they’ll do.)

You could try and put your money on Amazon and likely do quite well. Interbrand values it at $52 billion, while Brand Z already has them at $139 billion. They could be out of reach. (I know, $75 billion in your pocket and you still can’t buy everything you want. Count your blessings.)

If you like automotive brands, you could afford Toyota ($53 billion), Mercedes ($43 billion), or BMW ($41 billion). That’s a tough one. The two German luxury car brands have been rock solid and growing in value over the years. Mercedes has a whole commercial vehicle line that is the market leader. But Toyota is more recession-proof and has the most diverse products, plus Lexus is in there somewhere. Edge: Toyota.

IBM ($53 billion), Intel ($37 billion), and Cisco ($31 billion) are all interesting choices. However, IBM has been losing brand value over the past few years. Intel and Cisco have intense competition, but also a steadily-growing demand for their products. Slight edge to Intel, or just buy both and give one to a friend.

With your $75 billion, you could still pick up Microsoft ($72 billion), McDonald’s ($39 billion), or Samsung ($52 billion). Microsoft is so dominant that I wonder where it can go for growth. Samsung has blown Sony out of the water in recent years. And McDonald’s has got to be one of the most resilient brands of all time, with far more ups than downs. I’d pick Mickey D’s as the best value meal of the bunch, with a product that is always in demand (three times a day, in fact).

Of course, the reality is that these brands aren’t selling and you and I don’t have $75 billion in brand bucks to buy them. But if I did? I think I’d buy Coke. It’s not the flashiest brand anymore, or the fastest growing, but, after all, it’s still the “Real Thing.”