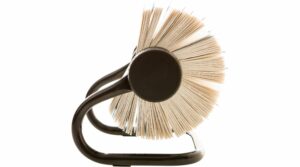 Often a brand can outlive its actual company. People will still remember it long after it’s off the shelves. Brim coffee, Underalls pantyhose and Eagle Snacks come to mind. But what of the opposite? What brands have been largely dismissed as gone but actually live on? Here are a few that might surprise you.

Blackberry mobile phones. Only 15 years ago, Blackberry was at the top of the heap in smartphones. They held a 50 percent market share in the U.S. and 20 percent globally. Their distinctive push button keyboard had served them well as people first transitioned to mobile texting and emailing. Then, in 2007, Apple introduced the iPhone, which ushered in a whole new level of what it meant to be “smart” in the mobile phone world. Blackberry’s critical error was to initially see the iPhone as a more expensive phone for personal use. Blackberry was sure their edge in the business market would sustain them, and as a result, they were slow to innovate. They failed to develop touch screen technology until it was too late. Their market share began a steady decline as iPhone and other brands quickly grew sales. Today Blackberry is still in business with just a few sales and a stock that once traded near $150 but is now under $10/share.

Rolodex. At one time, a Rolodex was a desktop staple in offices ranging from assistants to senior executives. These alphabetized wheels consisted of an index of removable cards, which typically contained handwritten or typed names, addresses, and phone numbers of all a business’s key resources and contacts. They were an analog version of a database and were closely guarded and even became the subject of lawsuits against departed employees who took theirs with them. Today, digital contact lists have almost entirely replaced the need for a physical version and Rolodex as a brand was ill-prepared to make a transition to the digital world. Amazingly, though, you can still buy a traditional Rolodex wheel and cards to put in it. A digital program is available that allows a user to print out cards from a template form. Customers have complained that the punch-out cards have ragged edges along their perforations. The Rolodex response? Trim them yourself with scissors. Yeah, or I could just check my iPhone for that number.

MySpace. Founded in 2003, by 2006 MySpace reached 100 million accounts worldwide and was bigger than Facebook at the time. In fact, in 2005, MySpace turned down an offer to buy Facebook from Mark Zuckerberg for just $75 million. Though MySpace was a social network, it focused on music and video file sharing as its main draw and this proved to be its undoing as Facebook grew rapidly and left them in their digital dust. Today, security breaches and lost content have helped reduce MySpace to little more than a punchline. It still courts a music- sharing audience but generates little revenue.

While these brands are technically still alive, not even Miracle Max can save them with a special potion. Each were the top dog in their field at one time. But lack of innovation and marketplace agility doomed these brands to oblivion.