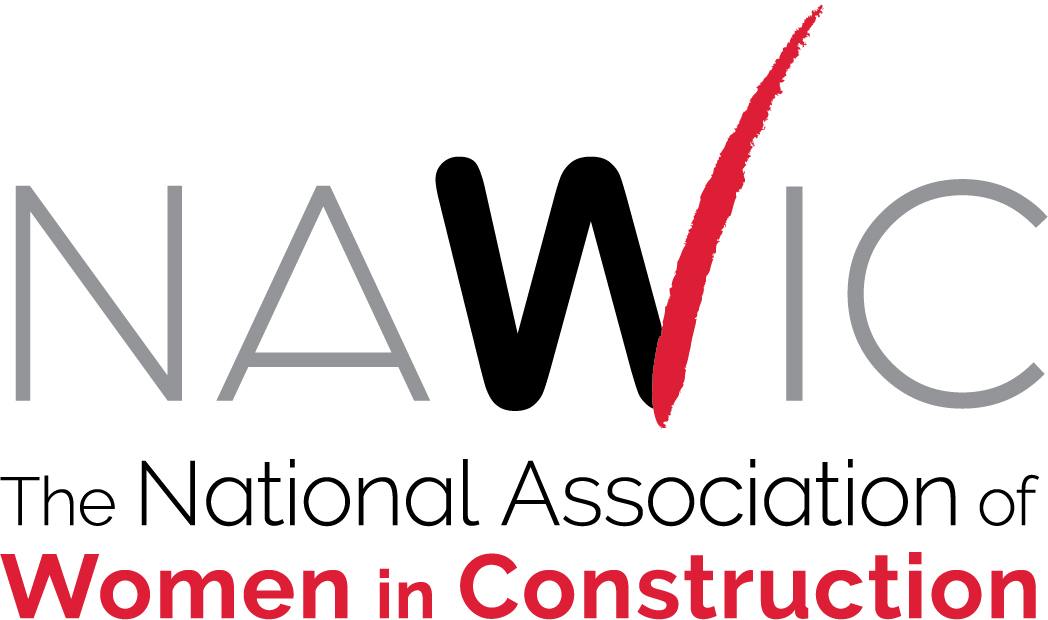 The National Association of Women in Construction: A brand about transformation

The National Association of Women in Construction is credited as the country’s first female association devoted to women in construction. Membership is open to any woman in construction from CEOs to carpenters. Founded in 1953 and officially becoming a national association in 1955, the idea for NAWIC came from a group of 16 construction women based in Fort Worth, Texas who felt a lack of support within the industry. The

group, then known simply as “Women in Construction,” worked to give back to their community through fundraisers and benefits. As news of the group spread quickly through their community work, other women in the industry became interested in joining the efforts. This led to an amendment of the original group to allow expansion in new cities and has grown to include 115 chapters across the country and counting. There have also been international affiliations in Australia, New Zealand, the United Kingdom, Canada, and South Africa. NAWIC is well-known for spearheading the week-long national celebration of women in construction known as “Women in Construction Week” (WIC Week) which is recognized throughout the industry.

NAWIC was seeking to grow awareness of their brand and membership. We completed three rounds of research to understand and analyze their brand’s strengths and weaknesses.

We began our research with various interviews and an extensive membership survey in addition to a BrandStorm™ session to uncover what the overall concencus was with the current brand and other pain points. Our research showed that despite many successes much of the membership felt the association was not progressing sufficiently. Research also showed that members valued most highly the support of other members, educational opportunities, and their ability to grow as managers and leaders within their field.

OUR INSPIRATION AND Core Brand STRATEGY

Rather than recommend a common brand strategy for associations which is one of empowerment, we recommended one focused on the transformative experience of becoming a member and growing as an individual and as a career professional. Our tagline of “Leading Builders. Building Leaders.” reflects both a more progressive organization and one that offers its members a chance to grow and ultimately lead. 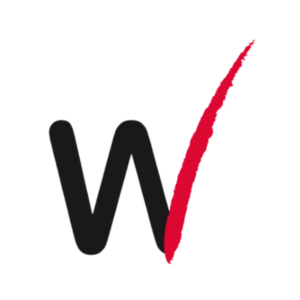 NAWIC is beginning to see an increase in membership interest.  Social media engagement and overall brand awareness online is also on the rise. In addition to all of these results, NAWIC is enjoying a cohesive brand presence online among all chapters with the centralized brand standards.

One of our first tasks after rebranding NAWIC was reimagining their logo. We wanted to show that the most important element of the entire brand was that women were at its core. Our logo design embodied this by emphasizing the “W” in NAWIC, making the mark a secondary logo option as well.

In addition to the logo refresh, the branding process also included applying all brand standards across 115+ chapters. Not only has this included print ad digital materials but social media postings as well. For social media a key strategy is highlighting the women of NAWIC, so we spearheaded an ongoing blog series published on the NAWIC website called the “Best Person for the Job.” This feature celebrates NAWIC members and how the association has helped them in the construction industry, giving both current and prospective members a chance to see how women all over the country have impact within the industry.

Just as important as showing the power of women in construction and inspiring the next generation of construction women, it has been a priority to feature the diversity of NAWIC members in all collateral pieces. This means showcasing a range of age, race, profession, and chapter locations. 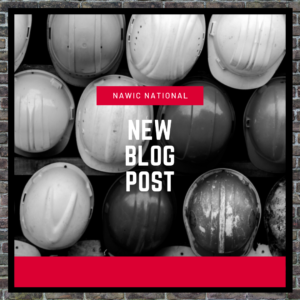 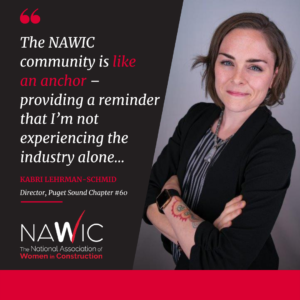